RattiQue is a project, which goal is to spread the knowledge about RabbitMQ message broker in the Europe countries. It's roots go back to year 2016 and publishing 19-pages article about RabbitMQ in Polish magazine called Programista, in issue 2/2016 (45).

All terms in the field of queuing systems have English origin. When learning RabbitMQ, the first challenge is to understand the vocabulary used in the context of this message broker. This is very important, because it is much harder to understand a specific thing if you do not have a corresponding vocabulary in your own language.

That was the idea for an article in the Programista magazine in 2015 and the RattiQue Initiative in 2018. 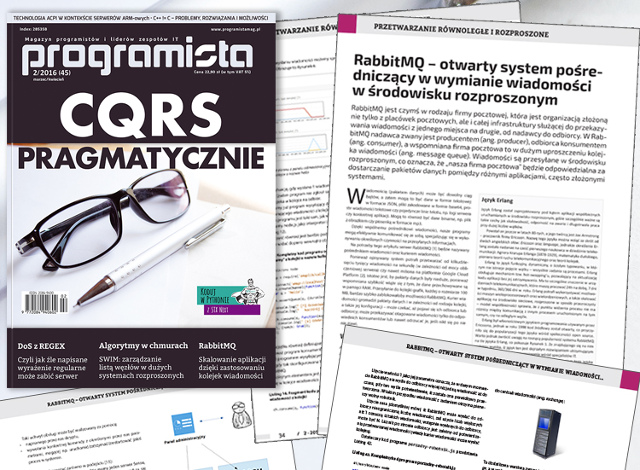 Its foundation is to build an Encyclopedia containing more than 30 terms in the field of queuing systems in various languages, not only in Polish and English, but also to create a series of articles and tutorials aimed at better acquiring knowledge about RabbitMQ.

In Polish language English word message can be translated as wiadomość (the most popular) and komunikat (adopted in the context of the queuing systems). It is important to create some standards and promote them as appropriate. Otherwise, there might be an inconsistency and chaos in the terminology.

Terminology is very important, especially when native vocabulary has not been shaped yet in the language and people who use RabbitMQ are using only terms in the English.

As an example, translate words from the English language, let's look at the word computer: in Polish komputer, and in French le ordinateur.

As the RattiQue Initiative is derived from Poland, from Cracow (the former capital of this country) - this website is running in two languages: English and Polish. 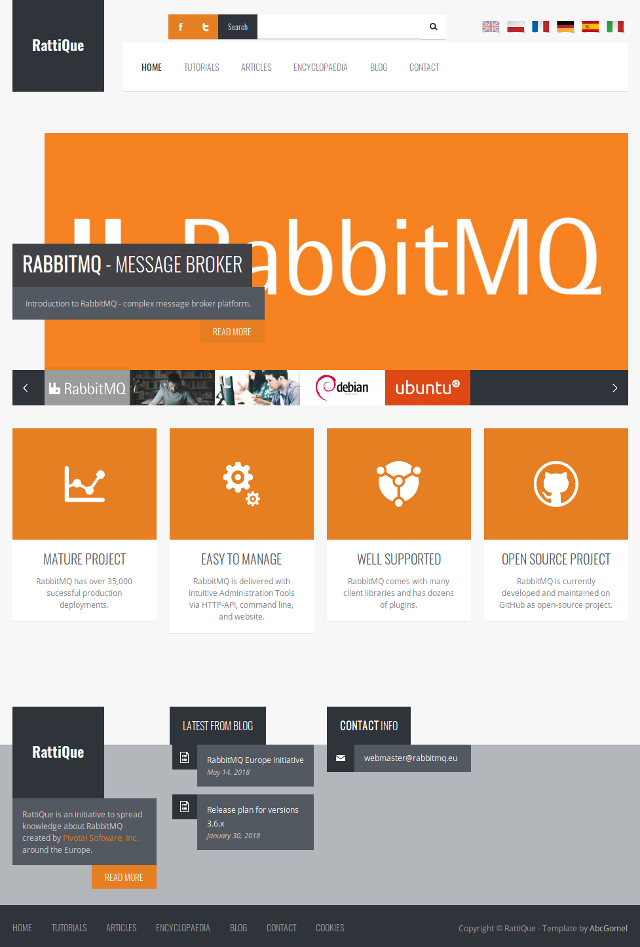 However, nothing stands in the way of adding other languages to it, e.g. French, German, Spanish, etc.

We need volunteers, who know that languages to achieve that goal.